A Life That Belongs To Us In The Mediterranean

There are 400 grams of olive oil per capita in the world. In other words, we have a life elixir in the Mediterranean.

The “tavsan yuregi” (rabbit heart) olive of Antalya is mainly characterized by that the fruit can be easily separated from the seed, and that it is big and heart-shaped, longitudinally and transversely symmetrical and has an oval tip. Its name comes from the seed that looks like a rabbit’s heart. Due to the fact it has a strong structure in terms of development and is sensitive to external factors, it requires special attention during transportation and processing of fully ripe fruit. Damage during harvesting is lower than other olive species. Because of the impact of Taurus Mountains on the climate and the climate of Mediterranean in terms of geographical area, the saplings planted in the regions outside Antalya do not have the same color, quality and aroma. Taurus Mountains, which separate Antalya from the inner regions just like a wall, interrupt the airflow and form the unique high humidity and temperature conditions. Due to this geological structure, the grain size and fleshiness ratio of “tavsan yuregi” (rabbit heart) olive of Antalya are higher than other species. 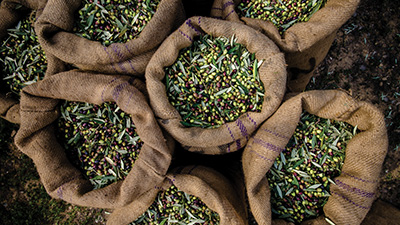 It has been shown that the ratio of “polyphenol” (natural antioxidant found in plants), known to have anticarcinogenic effect, is three times higher in tavsan yuregi (rabbit heart) olive oil and is as effective as a medicine in this respect. This miracle tree has many benefits for the people in Mediterranean and the Mediterranean culture. For this reason, the olive tree is not just a tree or its products are not just food. They are all a part of a thousand-year-old culture, a tradition, in other words, the life in short. We did not know the importance of minor components, also called as health components, contained in the olive fruit, which is just like a complete pharmacy warehouse, and how valuable they are until 15-20 years ago. The production technologies and procedures started to change as we learned. In this way, supply of product with high health components to the consumers has become the target for both table olive and olive oil, but especially for olive oil.

Olive cultivation has been made in Antalya since the Pamphylia period. It is also known that the winners of the competitions held in ancient times were awarded with olive oil in amphoras.

Olives, one of the rare fruits that is mentioned in all holy books, will soon become a more important promotion instrument.