Volume of Music Louds Out from Antalya 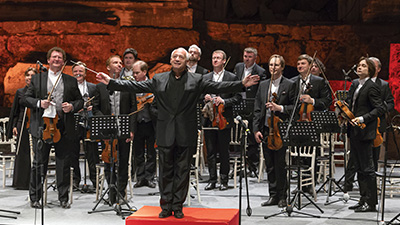 Antalya has become the meeting point of the city and classical music by the festivals that have become a brand. Maintaining its liveliness throughout the year by hosting the most prestigious art events of Turkey, attracts attention of local and foreign tourists throughout the year.

World Art Meets In This City

Antalya is the temple of notes every season by the festivals which host artists who have reached the peaks of their professions in the world of music. New events are added day by day to those such as International Piano Festival, Aspendos Opera and Ballet Festival, Turkish-Russian Classical Music Festival, Austria Culture Days, Side World Music Festival. In each new festival, the fascinating sound of famous orchestras rises up to the sky of the city. 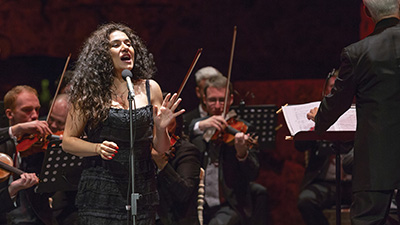 Being organized continuously since 1994, the International Aspendos   Opera and Ballet Festival is a cultural festival that lasts for days in one of   the best-preserved ancient theaters of Antique Age. Being highly   respected in the international arena, the festival brings prestige to   Antalya, a cultural city. Being one of the most important classical art   organizations of the world, the organization attracts a great deal of   attention of tourists due to both the quality of performances and   historical characteristic of the place.

The International Piano Festival, of which the 20th will be held in Antalya this year, is also among the favorite culturalart events. Bringing world-famous pianists together with people in Antalya, began in 1999 with the initiatives of Kadir Dursun under the general art direction of Fazıl Say. After Say, who had supported the festival for long years, resigned in 2015, the international program continues under the art direction of Gurel Aykal.

Antalya hosted Turkish-Russian Classical Music Festival, which was held for the first time in Side Ancient Theater on May 7-11. This festival was held by Barut Hotels, known for realizing several social responsibility projects for the benefit of society in many fields such as culture, arts, history, nature and sports, to enable the year of 2019, announced by the two countries as the “Year of Turkish - Russian Culture and Tourism”, to make the friendly relations of the two countries even stronger, and to present these friendly relations, going back a long way, with music. The General Art Director of this festival, which was held in the impressive atmosphere of the 3-thousand-year Side Ancient Theater, was the maestro Vladimir Spivakov who is the winner of the ‘National Cultural Heritage’ award, one of the most prestigious awards in Russia, and one of the giant violinists of the modern world. The permanent orchestra of the festival was the Moscow Virtuosi Chamber Orchestra known for its international awards and talented musicians at global level. 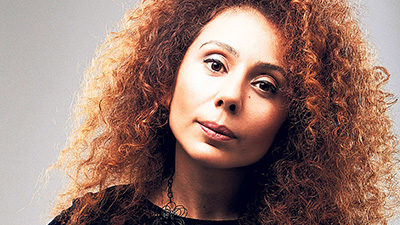 The ancient city of Side, the apple of tourism’s eye, has also been hosting World’s Music Culture and Art Festival for 18 years. Side World Music Culture and Art Festival, organized by Municipality of Manavgat, brings together different music tastes of the world with Antalya. In the festival, where all concerts and events are held at Side Ancient Theater,  the selected music groups, orchestras and performers of the world meet up for a week.

International Antalya Guitar Festival, which will turn into 8 this year, is organized by Municipality of Muratpasa and ODTU Antalya Alumni Association. Valuable artists rose in our country and international famous artists take the stage in the festival, where the general art director is Ahmet Kanneci, the world-famous classical guitar artist.