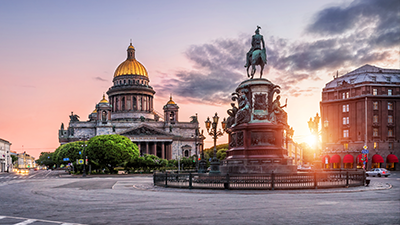 St.Petersburg is the second largest city in Russia and the fourth largest city in Europe in terms of surface area, and it is one of the must-visit places with its elegant buildings and cultural background. Experienced the October Revolution and Bloody Sunday, this city differs from other Russian cities through its European look. The transportation in St Petersburg, which was called Leningrad during the Soviet Union time, is provided by means of subway line that travels almost the entire city, as well as tram, bus, trolleybus. 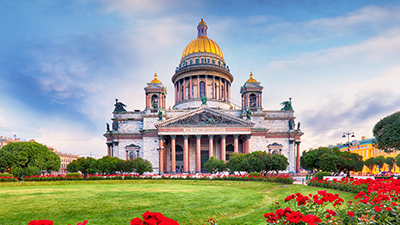 Saint Isaac's Cathedral is one of the biggest dome buildings in the world. The cathedral was built in 1818-1858 by the order of Tsar Nicholas I and is considered as the main cathedral of Russia. The most striking part of the cathedral is its dome, for which 100 kilograms of pure gold was used. Offering panoramic city view at the upper floor, the cathedral contains eye-pleasing architectural details in its interior design. 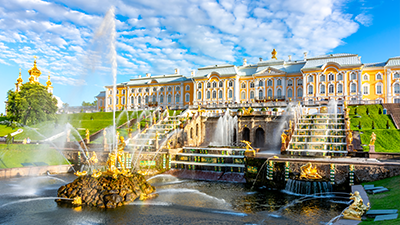 Peterhof Palace was built in the 18th century by the order of Tsar Peter I, and has similar structural characteristics with the Palace of Versailles. The construction of the palace, which consists of a number of palaces and gardens of various sizes, started after the victory over Sweden. You can get to this building by ferry departing in front of the Winter Palace. Consisting of 64 fountains and 250 statues in the garden of the palace, the Great Waterfall is visually fascinating. 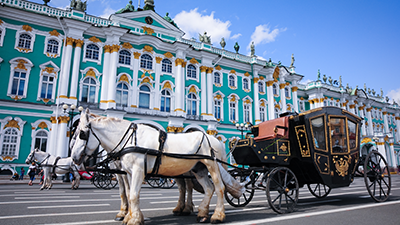 Built in 1754-1762, the Winter Palace (Hermitage Museum) hosts a unique large collection. This building was originally used as the winter palace of Tsarina II. Filled with artworks collected by the Tsarina, the palace was turned into a museum in 1764. Opened to the public service in 1852, the building is one of the largest museums in the world in terms of the collection exhibited, and one of the oldest museums in terms of the year of foundation. 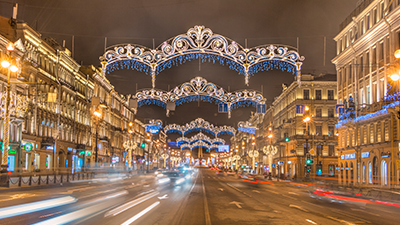 Designed by Tsar Peter I as the beginning of the road to Novgrod and Moscow, the Nevsky Avenue (Nevsky Prospect) is the main avenue of the city. Hosting majority of the shopping facilities and nightlife of the city, the street connects the Admiralty Building with the Alexander Nevsky Monastery. In addition, the name of the avenue, where historical and cultural buildings such as Kazan Cathedral, Stroganov Palace and Russian National Library are situated, was changed several times during the Soviet Union time. 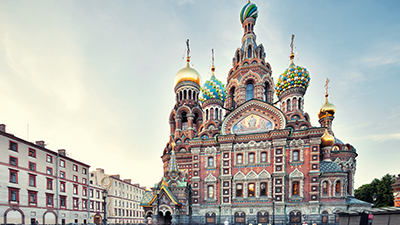 Church of The Savior on Blood

The Church of the Savior on Blood, the construction of which began in 1883 when Alexander the 3rd was on the throne, impresses with the mosaics on its external surface. This religious building, which could only be completed in 1907 when Nicholas II was reigning due to economic deprivation, was built where Tsar Alexander II was killed by a revolutionary group. Serving as a museum today, the church has similar architectural characteristics with Kremlin Palace. 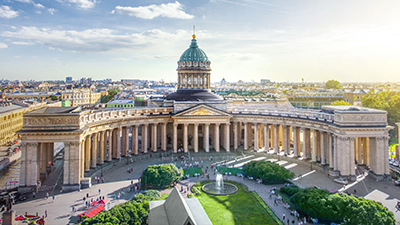 Kazan Cathedral also draws attention by hosting the tomb of Field Marshal Mikhail Kutuzov, who won the victory over Napoleon who occupied the city. Built in 1801-1811 and designed by the architect Andrey Voronikhin, the cathedral impresses with its 80-meter-long dome. Located on Nevsky Avenue, Kazan Cathedral is similar to St. Petro Cathedral located in Rome in terms of its structure with semicircular colonnades. 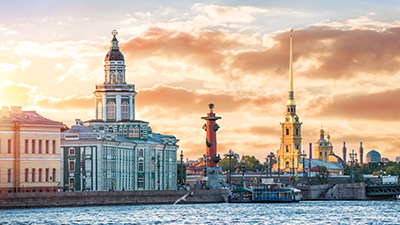 Founded in 1703, Peter and Paul Fortress is listed among the must-visit museums in St Petersburg due to its historical importance. This building was built by the order of the Peter I for defense against Swedish. Located on a small island between the branches of Neva River and used partially as a prison, the fortress hosts Peter and Paul Cathedral, City History Museum and the Museum of Coins and Medals.