Famous for its red telephone booths, double-decker buses, Big Ban and London Bridge, London, the capital of England and the United Kingdom, is one of the most beautiful cities in Europe with its architecture, social life and deep-rooted culture. London is a city achieving several "firsts" in the world. The first subway in the world was built in London, and the first traffic lights were used in this metropolis. London, where traditional figures and modernism combine skillfully, is also one of the world's most important financial centers. 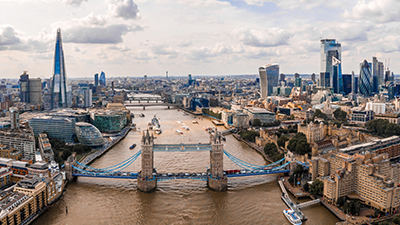 Being the 2nd most populated city in the European Union with a population over 8 million, London can be considered as the most cosmopolitan city in Europe.  The residents are predominantly non-white people. Within this context, several foreign languages other than English are spoken in London. We should also note that London has the busiest air traffic in the world. There are five international airports, the largest of which is Heathrow, located in London. Speaking of the "most", we can say that London is one of the most expensive cities in the world. One of the most important features of London is that it is green. There are more than a hundred parks and gardens in the city standing out with its lush flora due to heavy rainfall throughout the year.

The must-see spots in London, which is divided into two parts by the River Thames, can be listed as follows: 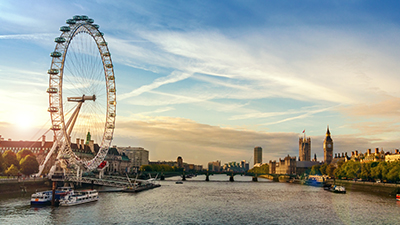 These areas, enterprises, architectural structures, museums, squares, parks and gardens form the rich cultural silhouette of London. Even if you are in London for a business trip, we recommend you to take time to the squares, parks and museums. The most widely consumed food in London is Fish and Chips. Their breakfast is called as "Full English Breakfast" or "Traditional English Breakfast". This is a kind of mixed breakfast including beans, bacon, black pudding, sausage, fried eggs and a side dish. Besides these, the delicious tastes that you can find in every pub, cafe and restaurant in the city can be listed as donut, wrap, Bangers&Mesh, Pie&Mash, shelled oyster, Beef Wellington, sticky pudding and bread and butter pudding. London cuisine is very rich and mixed due to the impact of the cosmopolitan structure of the city. It is possible to find and taste almost all special dishes of world cuisine.

The most used urban transportation means in London is the subway. There are more than 250 subway stations with an average of 3 million people taking the subway daily in London. London is an extremely colorful and dynamic city with its architecture, social life, cultural richness and unique texture. You will have so much to tell even if you stay in London for 2-3 days... Mardin; The City That Fascinat...