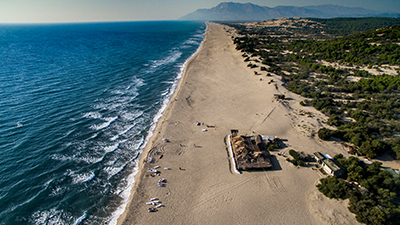 The ancient city of Patara, wherein Patara Beach, regarded as one of the most beautiful beaches in Turkey, is also located, is one of the oldest cities of Lycia. It is stated that 2020 will be declared as the year of “Patara”, which is located between Fethiye and Kalkan and attracts great deal of attention of local and foreign tourists every year. You can find details about the location and history of Patara below.

Where is the Ancient City of Patara?

Located between Fethiye and Kalkan and in the southwest of the Xanthos Valley, Patara is one the most important and oldest Lycian cities. The excavations in the Ancient City of Patara, which has high archaeological and historical values, have been carried out since 1988 by Prof. Fahri Isik from Akdeniz University and his team. One of the distinctive features of Patara is that Caretta-Caretta, called Mediterranean turtles, is one of the rare beaches where they have been laying their eggs and breeding for millions of years. 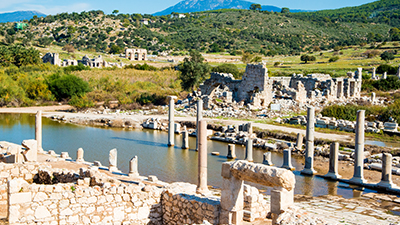 When we look back at history, this city, which is called Patarin Hittite texts dating back to 13th century BC, hosts ruins which show how old Patara dates back. For example, the ceramic fragments unearthed in Tepecik Acropolis have the features of Middle Bronze Age. The stone ax, which was unearthed on the foothill of eastern slope of the region, dates back to a period before the Iron Age. The only place to sail in the Xanthos Valley, Patara has always been an important city for this reason throughout the history. The name of the city is also referred to as Patara on the inscriptions and coins in Lycian language. 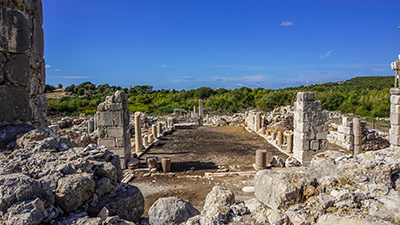 The history of Patara shows that it was dominated by Ptolemy in the 3rd century BC, and became the leading city of Lycia. Then, it officially gained autonomy against Rome and independence against Rhodes in 167/168 BC, and the city of Patara became the capital of the Lycian League. Monumental structures such as the Parliament Building and Theater built in Patara during the Hellenistic Period are in parallel with this historical process.

Patara maintained its importance after it was started to be dominated by Roman, and became the juridical seat of Roman Governors. It has also always maintained its important role as a naval base that allowed connecting with the eastern provinces of Roman. Lycia became a Roman province in 433 AD, and Lycia and Pamphylia were combined into one state in 74 AD. Then, Patara continued to be the capital city. 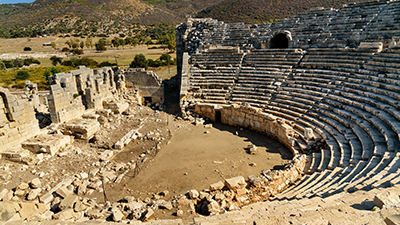 Gained a reputation in history as an important prophecy center of Apollo, Patara also stands out with another feature. It was a port where grains were stored and shipped. Protected its reputation in Byzantine Period, Patara became an important center for Christians. When we look back at the history, Saint Nicholaos, known as "Santa Claus", was from Patara, and St. Paul boarded the ship to Rome from Patara. Another evidence of the popularity of the city in this period is that Bishop Eudemos, the only authorized signatory of Lycia at Iznik Consul presided by Emperor Constantine in AD 325, was the bishop of Patara. 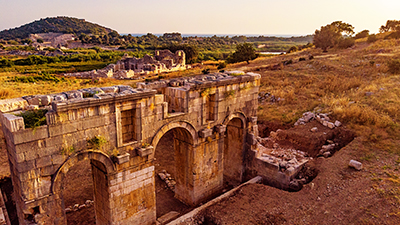 Remained as an important center until now also by arrival of Turks, Patara City maintained its important role throughout the Middle Ages. The entrance to the city, the ruins of which have survived until now, is through the magnificent and well preserved Triumphal Arch. As can be understood from the inscriptions, this Arch was built for the governor of the region in AD 100. The cemetery area with Lycian-style tombs extends to the slopes of the hill in the west of the Arch. At the far southern end of Patara is the theater, which was rebuilt in AD 147 after the earthquake according to the inscriptions and located on the slope of Kursunlu Tepe. Kursunlu Tepe, where the theater is located, is the most beautiful corner to watch the general view of the city. You can also see Vespasian Bath, Corinthian Temple, main street, port and granary on this hill. The granary in the northwest of Kursunlu Tepe is one of the monumental structures of Patara. This granary was built by Emperor Hadrian and his wife Sabina in the 2nd century AD. In the northern of the theater, you can see the Parliament Building of Patara, the capital city of Lycian League, where meetings were held. The water of the city was brought from the rocky terrain on Kiziltepe slope located approximately 20 kilometers northeast. Located in the northern of Firnaz pier and between the water source and the city, "Hole Arch" is the most monumental part of waterways.