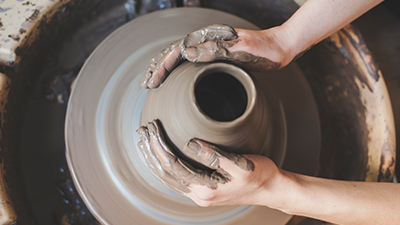 The history of ceramics, made of soil being cooked at extremely high temperatures, is as old as civilization. The rumor is that people sought ways to meet their water needs and found a kind of soil moistened by rain in the ancient times. This soil could preserve water for a long period of time. This material, which could be shaped when wet and had low water permeability, was clay. Dropping the water container in fire accidentally, the people discovered that the clay turned into a ceramic bowl when the fire went out. 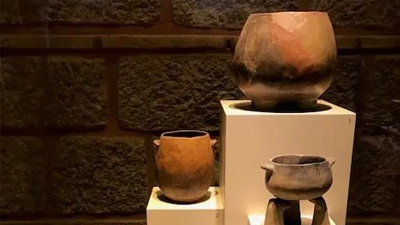 The first ceramic in history is known to be produced in Anatolia around 6000 BC.  The ceramic pieces found during the excavations in Catalhoyuk have survived to the present day even after 8000 years. We can say that these ceramic remains are important mostly in that they give us the first clues about human history. Representing a valuable resource in this respect, the ceramic remains provided information about the life styles and cultures of ancient civilizations through the inscriptions, pictures and symbols thereon. 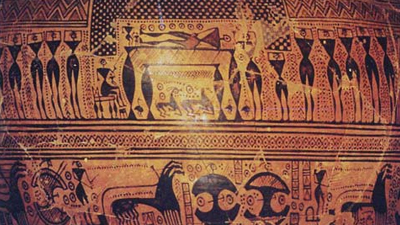 There is more about the ceramic art that spread to Crete Island after Anatolia and Egypt. For example, it is known that there are palaces and roads built by use of baked bricks by the Sumerians in Mesopotamia around 3500 BC.  Similarly, baked bricks were also used in Babylonian towers and palaces built in 1200 BC, and inside of the Egyptian pyramids were built by bricks. In fact, the secrets about Hittite, Phrygian, Lydian, Urartian and Roman civilizations were revealed mostly by the ceramics. 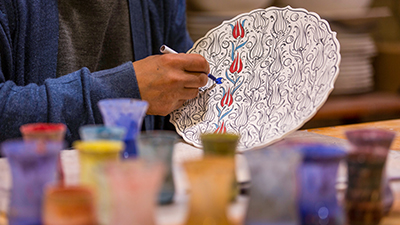 In the 12th century AC, much more advanced techniques began to be used in Faenza, Italy and Majorca islands. Similarly, the technology developing allowed for starting production, and in the 17th century, developments occurred in tile production. As a result of these developments, some cities, which started to produce large-scale ceramic products, came to the forefront. Some factories in Sevres, France, Ruen, Netherland and Germany leaded this development. 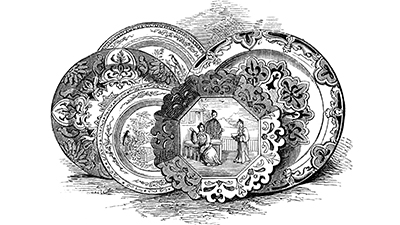 Let's take a look at the history of porcelain, which started to be known in Europe in the 10th century. The first porcelain studies in Europe started in the 17th century, and the first production was carried out in 1750. But the first porcelain was found in China. It was Marco Polo who first brought these porcelains to Europe. When the porcelains brought from China to Italy and then to Europe by Portuguese traders became very popular, porcelain studies were started in Europe. 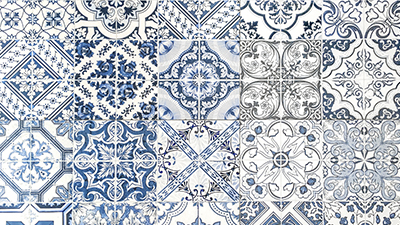 Ceramic, the first factory-production of which started in Meissen, Germany, is an important decoration item today, and is used for interior and exterior surfaces, as well as flooring of the buildings. Ceramic is made by mixing naturally-derived clay, kaolin, quartz and feldspar in specific proportions, turning these into a pulp, pressing and baking at a high temperature above 1100 degrees. The front side of the ceramics is coated with a protective layer called glaze.