Fethiye Kayakoy That is Famous For Its Abandoned Houses 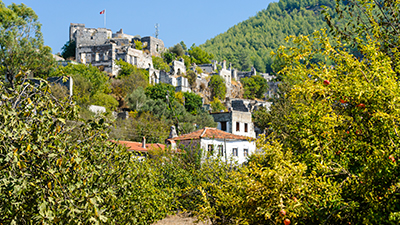 There are some cities that it has become inevitable to go and see, visit and travel, and engrave in memory. With their natural beauties, historical features, spots and unique characteristics, these cities bring many bonuses for the vision of the person. Each having their own stories, these cities are the pleasant details about life. Kayakoy is one of these cities. We call it a city because it has another name that is "Ghost city", and its historical name is Levissi. It is called Kayakoy because it is a village made of rocks. 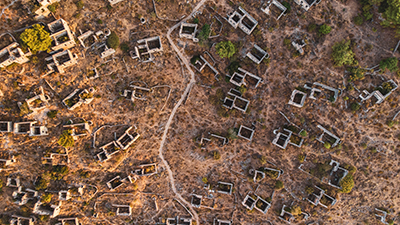 Being one of the most beautiful and special settlements of Fethiye, Kayakoy is a Greek village established in the Lycian borders in the 11th century. It is defined as a village as a mere formality, since Kayakoy is an extremely developed region in terms of social life and trade. It existed as a big city, where nearly 25 thousand people lived, until the 20th century. Greeks and Western Thrace Turks replaced as per the agreement executed after the War of Independence. Some of the Turkish people, who immigrated from Thrace, settled in Kayakoy. They left the village when they could not adapt to the life here. 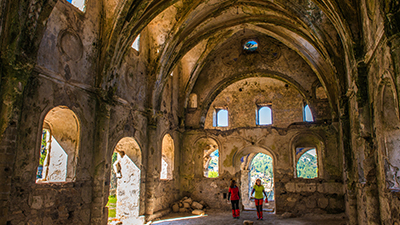 The roofs, doors and windows of the houses in Kayakoy were destroyed because of the earthquake in 1957. This is the main reason why Kayakoy is called a ghost city. Embodying the characteristics of different cultures, Kayakoy reflects a modern understanding, even if it is shabby in this condition. Even though it was an abandoned village, its luck turned to better afterwards, and it became spotlighted. Being engraved in minds with its mysterious look, Kayakoy is also a real tourist attraction.

The Greek houses herein are very famous. Resembling almost an open-air museum, Kayakoy hosts 3500 houses, chapels and churches to visit and workshops where art activities are performed. Even though it is called a ghost city, the energy looming around the city is something to be reckoned with. If you visit Fethiye, it will do you good to change your route to Kayakoy and breathe in the magical atmosphere. It is also a unique experience to be photographed while riding camels and horses in Kayakoy. 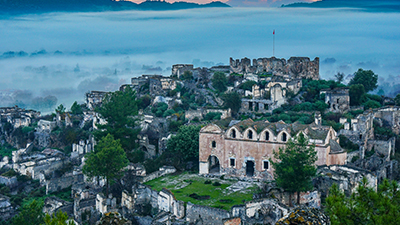 Kayakoy itself is like a studio. In particular, its ancient city is an excellent background to take photos. The stone walls of the ruined houses whisper silent but deep sentences. The light balance and the landscape integrity are also excellent since the houses were built in accordance with the nature of the land. In the spring and autumn, especially in September when the autumn begins, the natural daylight and the mist rising over the city combine, resulting in awesome shots. In other words, the city is like posing for you. 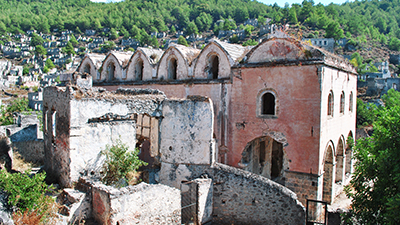 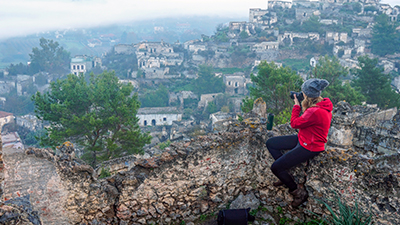 How To Get To Kayakoy

It is easy to get to Kayakoy that is located 14 kilometers from Fethiye. After arriving in Fethiye, follow Hisaronu through Oludeniz route. Follow the sign for "Karymlassos". 5 kilometers after you see the sign, you will see the first details of Kayakoy. As another option, you may get to Kayakoy through the mountain way, starting from the behind of Fethiye Castle and going 7 kilometers to the south. If you are going to come from Mugla, you may rent a car to get to Kayakoy.