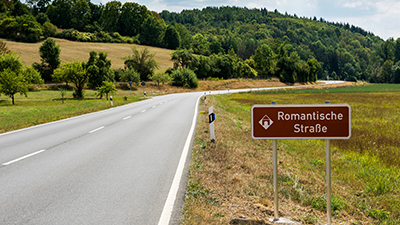 The world atlas is full of worth-seeing countries. Germany's Romantic Road is one of these routes. Magnificent castles, towers built centuries ago, and wine villages dating back to Middle Age and surviving until today on a route looking like a fairytale land, and a road resembling eternity, which is pounded by watching the magnificent Alps. There are 22 towns, vineyards, gardens, a colorful flora, and flowers of different colors and beauty on the Romantic Road with a length of 320 kilometers. The Romantic Road starts in the city of Würzburg that is located 120 kilometers southeast of Frankfurt and ends at Füssen on the Austrian border. 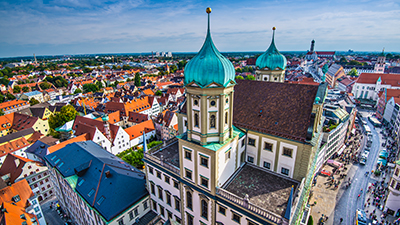 There are churches, cathedrals, palaces and castles included in the UNESCO World Heritage List on the route of Romantic Road. Especially in Augsburg that is located on the route, it is possible to see the traces of the Romans. With the houses built in Baroque style, showy boulevards, unique cuisine and medieval atmosphere, Augsburg is one of the must-see stops.The Romantic Road fascinates the travel lovers with its well-preserved buildings in medieval architecture, villages with unchanged traditional architecture and magnificent Alpine view. 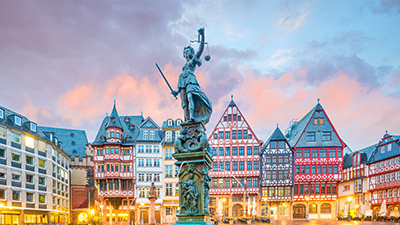 You can explore the Romantic Road by car and take as many breaks as you want in the towns and settlements with historical features. Apart from your private vehicle, you can explore it also by bus tour or even by bicycle. We also have a suggestion; you can make your journey and discovery even more enjoyable by playing the works of German composers as background music on the route of the Romantic Road that resembles eternity.You can start to explore by Frankfurt. You can visit the city museums, eat Frankfurter Würstchen (smoked sausage) and drink Apfelwein (apple wine) in Frankfurt, a traditional city even though it impresses with its skyscrapers. 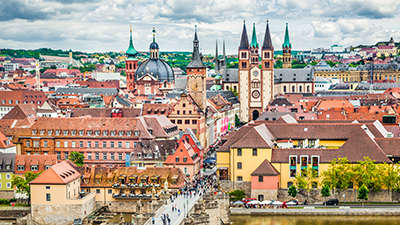 The Romantic Road starts from Würzburg. Würzburg is a city that is famous for its catchy architecture and fine wines. This city is also one of the pilgrimage cities and episcopal authorities of Christianity. The palaces and churches in Baroque and Rococo style and magnificent castles such as Festung Marienberg stand out in the city. The fine wines owe their existence to numerous vineyards in the city of Würzburg. Your next route is Tauber Valley. You get to Tauberbischofsheim, which is located west of Tauber Valley, after a 30-minute drive from Würzburg. 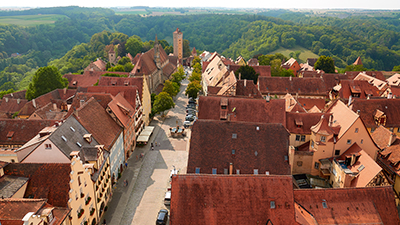 Tauberbischofsheim means "the bishop's house in Tauber", and the religious ceremonies held in the town add feature to it. Then comes Rothenburg ob der Tauber on the route of Germany's Romantic Road. The medieval traces herein are worth seeing. Rothenburg ob der Tauber, which means "Red fortress above the Tauber," symbolizes the red roofs in the city. There are 42 gateway points and towers on the city walls. The streets are stoned and the buildings are highly characteristic. Fleisch- und Tanzhaus (Meat- and Dance House), Hegereiterhaus and Rathaus (Town Hall) are outstanding architectural structures. 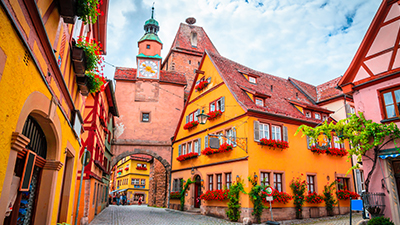 Different and interesting events are organized at different times of the year in Rothenburg. The Shepherd's Dance, a traditional activity, is one of them. Being held every August, the Rothenburg Wine Festival brings a different dynamism to the city. It is followed by the city of Augsburg . You can get there by following the south road. The town of Dinkelsbühl gets very crowded at certain times of the year due to the events. The Kinderzeche festival organized for the children in July brings a different energy to the city. Nördlingen is also one of the must-visit places with its city walls dating back to past centuries and the Rieskrater Museum. 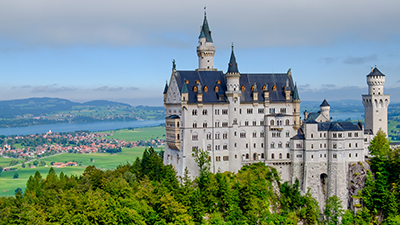 Those who like castles should also stop by at Harburg. Harburg Castle is one of the structures that best reflects the medieval architecture. The prison tower, dungeon and ballroom are also some of the must-see places in the castle.

We are coming towards the end on the Romantic Road. In Schwangau, also known as “Castleland”, there is a special one that inspired Sleeping Beauty's castle. Schloss Neuschwanstein castle is almost a masterpiece with its balconies, turrets, towers and sculptures. 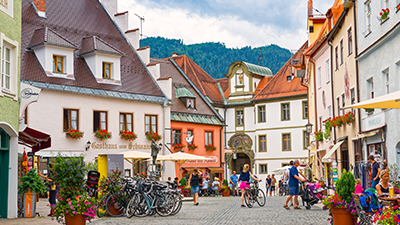 You can relieve the sweet tiredness of this fairytale-like road and fascinating atmosphere in the town of Füssen. Füssen is the last stop on the Romantic Road. The bicycle roads and walking trails are also very relaxing. However, if you want a different alternative to relax, you can also prefer one of the hot springs in the town and relieve your sweet tiredness.

Then comes Munich. The exit of the Romantic Road starts from Munich and all that remains is a fairytale-like memory.