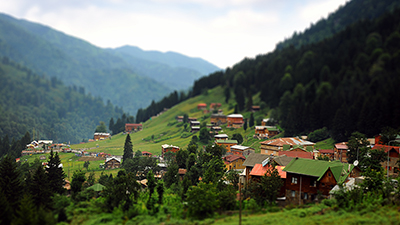 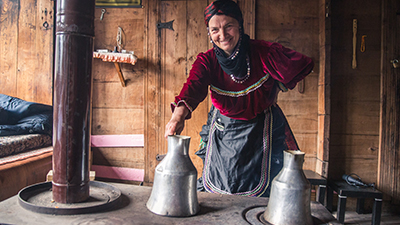 The clean and pure air of Kackar Mountains, and the refreshing and breathe-healing feature of spruce, beech and pine forests make Ayder Plateau a popular region in summer, winter and spring, i.e. all year round. Ayder, the plateau of Rize which is famous for its friendly people, healing hot springs, delicious foods and lush green view, is divided into two sections, including the touristic area which mainly consists of tea cafés and restaurants, and the area where the campsites are located. 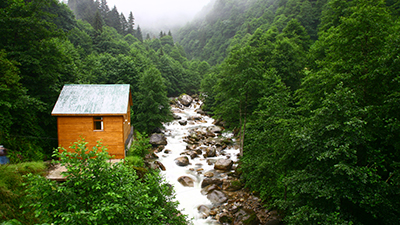 Known to be established by people of Hala (a village) in 1300's, Ayder Plateau has an altitude of 1350 m. Even though Ayder is called a plateau, it is not used as a plateau. This was a region which was used for resting by locals while they were traveling between plateaus. The delicious and soft palatable water of Ayder Plateau is also very famous. The healing property of hot spring waters is also a very-well-known fact. Declared as a Tourist Attraction by the Decree of the Council of Ministers in 1987, Ayder Plateau has become the center of attention not only for domestic tourists but also for foreign tourists. 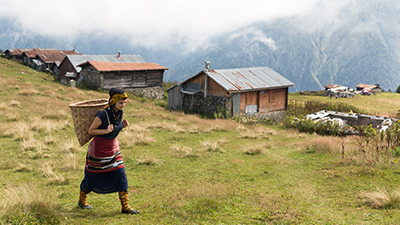 In Ayder Plateau, there are many regions to hike and numerous sceneries to watch. For example, Firtina Creek attracts rafting enthusiasts. In early times, Ayder Plateau was a region used by locals to supply grass for cattle for winter; however, when it started to attract attention with its natural beauties, running hostels and souvenir shops have become a means of livelihood in the region. 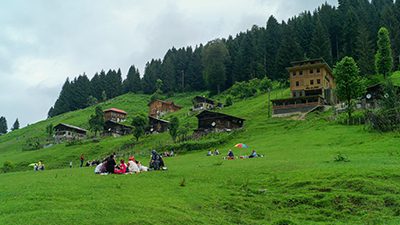 Ayder, one of the first places that comes to mind when it comes to getting away from the hustle and bustle of metropolitans, enjoying the nature, green and clean air to the full, resting and purifying the soul and body, has such a feature that reflects eternity, freedom and peace even when just looking at its photographs. For those who prefer air travel, the closest airport to Ayder is in Trabzon. The distance between Trabzon airport and Ayder is about 150 kilometers. You can get to Ayder through Black Sea coastal road by renting a car from Trabzon Airport.