Antiphellos, an Ancient City on the Slope of the Taurus Mountains 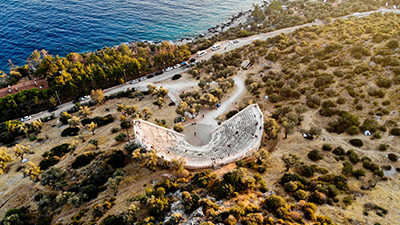 The lands where we live, are alive with the trails of various civilizations, each distinct from each other. One of such civilizations is the Antiphellos city, located at the district of Kas of the city of Antalya. Antiphellos, which is one of the most notable port cities of Lykia, was at first established as the port of the Phellos ancient city but in time it has parted with such city and continued its existence as an independent and wealthy city. Phellos refers to "stony country", and Antiphellos means "the place in front of Phellos", literally.  This city, which has been on the stage of history since the 6th century B.C., became an extremely important port city, in particular during the Roman era. 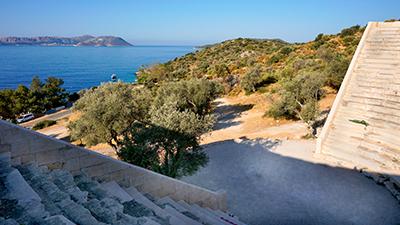 The cedar trees, derived from the forests available in the area, and also the trading of the sponge obtained from the sea, were among the most notable sources of income of the ancient city. The ruins of the city walls of Antiphellos from the Hellenistic Period can be seen just from the starting boundary of the peninsula. The ruins of a temple, dated backed to the 1st century B.C., appears at the southern east part of the church which has been turned into a mosque. The god for which such temple, which is not well-preserved, was built is not known. The theater building of Antiphellos is located at the southern skirts of the acropolis, and the twenty six cavea (row of seats), reclining on the slope, face the sea. 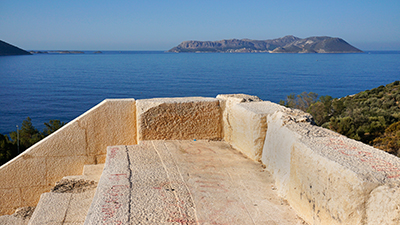 You will meet the unique view of Kas and the Meis island when you climb up to the top row of seats of the theater.  The cavea at the theater, which does not have the diazoma section, is divided into three separate sections by four upright stairs. On the northeast of the theater building, there is a tomb chamber, dated back to the 4th century B.C. and ornamented with its twenty four rock-cut reliefs of female figures. The tomb with a gothic pediment, dated back to the same century, shines out with its lion's head shaped end pieces and epitaph. 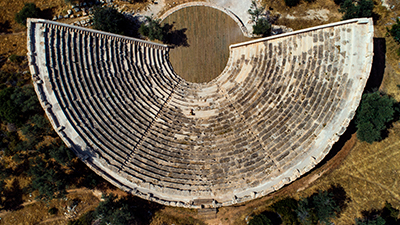 A great number of rock-cut tombs and sarcophagus at the area incorporate a distinctive historic profoundness and richness into the city.  The King Sarcophagus, located at the upper entrance of the Long Bazaar and dated backed to the 4th century B.C., is the most-known one among the tombs that have survived until today. Antiphellos ancient city is not of an integral nature, and it has the ruins that can be seen at various regions of Kas. No limitation has been determined in respect of the visiting hours for the Antiphellos city. The city can be visited free of charge in any day of the week. 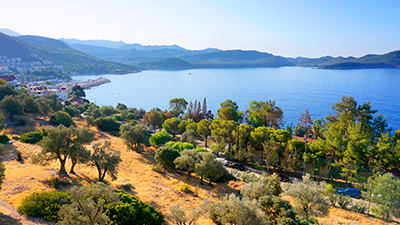 How To Get To The Ancient City of Antiphellos?

Considering the ancient cities within its boundaries, Antalya and in particular its Kas district, little better than an outdoor museum, host a great number of domestic and foreign tourists.  Such fact has provided for various and a wide array of options for the means of transport.

Antiphellos ancient city can be accessed both by air and by land. 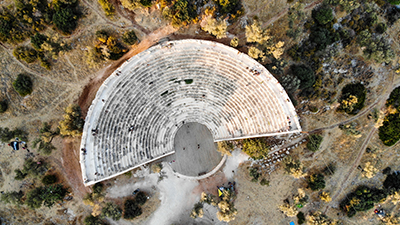