Enchanting millions of vacationers every year with its liveliness in tourism and natural beauty, Antalya makes an indelible impression by its festivals and special events frequently. 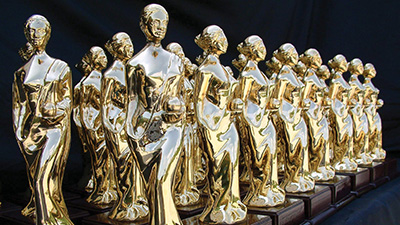 The first festival that comes to mind when thinking about Antalya is Golden Orange Film Festival... Named as International Antalya Film Festival after 2015 and accepted as “Turkey’s Oscar”, the event continues to host famous cinema figures of Turkey and world since 1964 in the city. To be organized for the 56th time in the autumn this year, the festival is the longest running and most prestigious art event of Turkey. Attracting attention by its traditional cortege and its highly anticipated awards, the festival welcomes cinema lovers with a selection of prominent films every year.

Olympus Ancient City and Rhodiapolis Ancient City in Antalya and Adrasan Social Facilities of Akdeniz University host International Culture and Literature Festival in autumn. Organized for the first time last year, the festival hosts poets, writers and artists from Turkey and several countries around the world. The festival, where 30 local and foreign poets met up in the first year and where Olympus Mythological Miniature Exhibition takes place, will be opened by a rich program between September 6-10 this year.

Summer festivals organized in Feslikan Plateau start with concerts of famous artists and end with wrestling matches every summer. In the festival, which is organized at an altitude of 1850 meters from Antalya under the cool weather conditions of the plateau, entertainment lovers dance all day long by the rhythm of the music and enjoy the excitement to watch stiff races of ancestors sports. Summer Festival of Feslikan Plateau, which will be organized for the 22nd time in July this year by Municipality of Antalya Konyaalti, will welcome the participants with a rich program.

“International Street Tastes Festival of Antalya”, where food cultures specific to different geographies from Far East to Central Asia and from Europe to North America meet, brings together 100 different cuisines and over 200 tastes from 15 countries in Antalya on June 6-9. Having examples in many countries around the world, this interesting organization will be open to visitors from 12.00 to 23.00 for four days. The festival, where visitors formed long queues last year to taste the food they wonder, will host food competitions under the direction of chefs, taste presentations, performances by street artists, concerts and activities to last all day long.

Chefs Of The Festival

Akra Barut, the hotel of the firsts, brings together the world’s most important chefs at the “Mezze Festival”. Akra Hotel, which will host local and foreign taste lovers at the festival that will be organized for the third time this year, introduces the mezze culture, which has an important role in gastronomy, to the world. The festival, organized by master hands, give a brand-new impulse to both the food culture and tourism of Antalya.

The Akra Talks events of Akra Hotel, which has been held for 38 times with distinguished themes and guests, have given Antalya a great acceleration. Drawing a great deal of attention since the day it was first held, Akra Talks will keep hosting surprising guests and themes in this season.